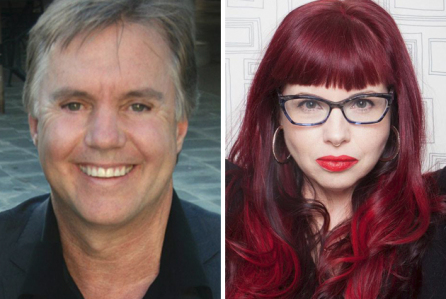 As announced on Deadline:

After landing a series order at NBC for Midnight, Texas, inspired by the books by best-selling author Charlaine Harris, producer David Janollari has set up another project at the network based on Harris’ literary works. Redliners, which will be written by Emerald City executive producer Shaun Cassidy and comic creator Kelly Sue DeConnick (Pretty Deadly), is based on short stories by Harris, whose books also inspired HBO’s hit vampire drama True Blood.

In the tone of Mr. and Mrs. Smith, Redliners mixes humor, romance and espionage. It follows a pair of former spies living in suburbia who are reactivated when a failed hit on one of them leaves the assassin dead. Thrust back into the world of high-stakes espionage, the two find their secret lives bleeding into their suburban ones, as they begin to apply the life-and-death techniques of spycraft to the problems of an ordinary world.