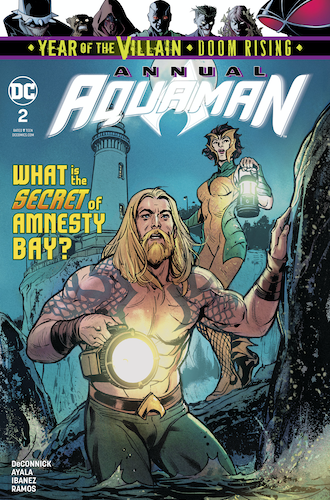 Messaging all Maritime Mates! Aquaman Annual #2 is coming to a comic shop near you on Wednesday, 10/26! Here’s what’s in store for you seafarin’ folk:

A “Year of the Villain” tie-in issue! When an assassination attempt on Aquaman tears through Amnesty Bay’s Founders Day festival, tensions between Aquaman and the people of his city reach an all-time high. Worse, Aquaman’s dog Salty has gone missing! Can Aquaman save the festival and find his dog before Amnesty Bay tears itself apart?