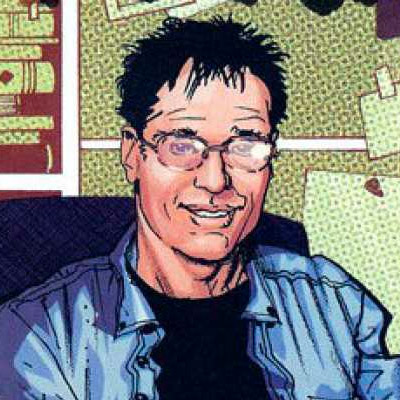 (writer, artist): AMERICAN FLAGG!, STAR WARS (Marvel), AMERICAN CENTURY (Vertigo), HAWKGIRL (DC); (artist): SATELLITE SAM (Image) writer for nearly every publisher of comics in the past four decades...and counting. He took the '90s off to work on mostly unwatchable television, so he missed the money and dreck that was comics in that execrable decade. He is responsible, some might say culpable, for introducing a number of previously explored themes to comic books. If you're not hip to what that's supposed to mean, there's always Wikipedia. Chaykin is generally better regarded by his colleagues than by the enthusiasts, a reality that serves his ego but not his wallet. Thanks to the above mentioned unwatchable television, he's usually okay with that. These days, he's on a tear about the inexplicable Alpha position maintained by comic book writers at the expense of comic book artists, working on educating those aforementioned enthusiasts as to just what writing really means in the context of this curious visual medium. He lives a quiet life on the California coast, hoping to dodge any imminent tsunamis so he can live long enough to die in bed, without ever lapsing into the cute old age so currently popular on movie and television screens.