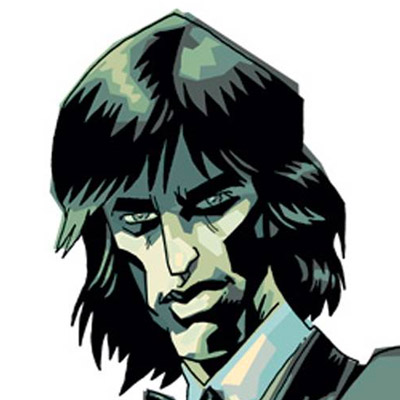 (artist): CASANOVA (Image), THE UMBRELLA ACADEMY (Dark Horse), B.P.R.D. 1947 (Dark Horse); (writer, artist): DAYTRIPPER (Vertigo), TWO BROTHERS (Dark Horse) is an artist, but complains when people think of him as just an artist, because he also likes to write, although he's definitely not just a writer, because he loves to draw. He was never too comfortable with the word "cartoonist", preferring "author" a whole lot more. Maybe he has an identity crisis as a result of having a twin brother who also writes and draws and actually works alongside him on most of their ventures in the comics world, including CASANOVA.