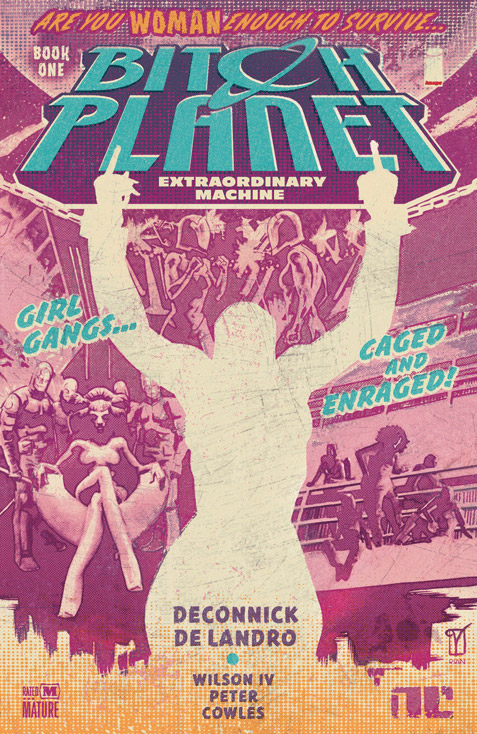 Bitch Planet is the kind of story that makes you feel good about being angry. — Gavia Baker-Whitelaw, The Daily Dot

In the not-so-distant future, women who fail to align with a patriarchal future’s idea of who they should be, how they should look, and what they should do are destined for hard time on Bitch Planet. Once there, their only chance to get home is to compete against men in a brutal sport called Megaton.