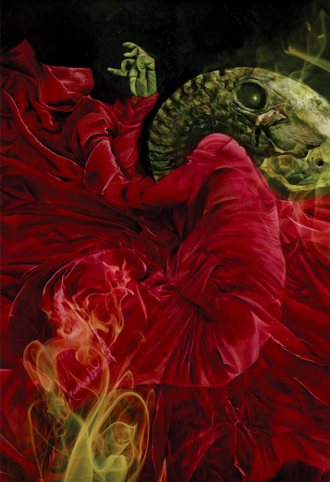 DC Vertigo is continuing its celebration of THE SANDMAN’s 30th anniversary with brand-new collected editions of Neil Gaiman’s seminal story. After the August launch of the Gaiman-curated SANDMAN UNIVERSE, Gaiman’s original series will be rereleased monthly beginning in October.

Gaiman’s new imprint will launch on August 8, 2018 with THE SANDMAN UNIVERSE #1, followed by four new and exciting titles: THE DREAMING, HOUSE OF WHISPERS, LUCIFER and BOOKS OF MAGIC. For those who want to discover the origins of these new stories, they can start at the beginning with these anniversary editions.

THE SANDMAN VOL. 1: PRELUDES AND NOCTURNES 30TH ANNIVERSARY EDITION collects issues #1-8, written by Gaiman with art by Sam Kieth, Mike Dringenberg and Malcolm Jones III. It will also feature an introduction from Patrick Rothfuss, best-selling author of The Kingkiller Chronicles, and will be available in comics shops on October 24, and everywhere books are sold on October 30.

Kelly Sue’s introduction will appear in a subsequent upcoming edition that has not yet been announced…watch this page for more!!