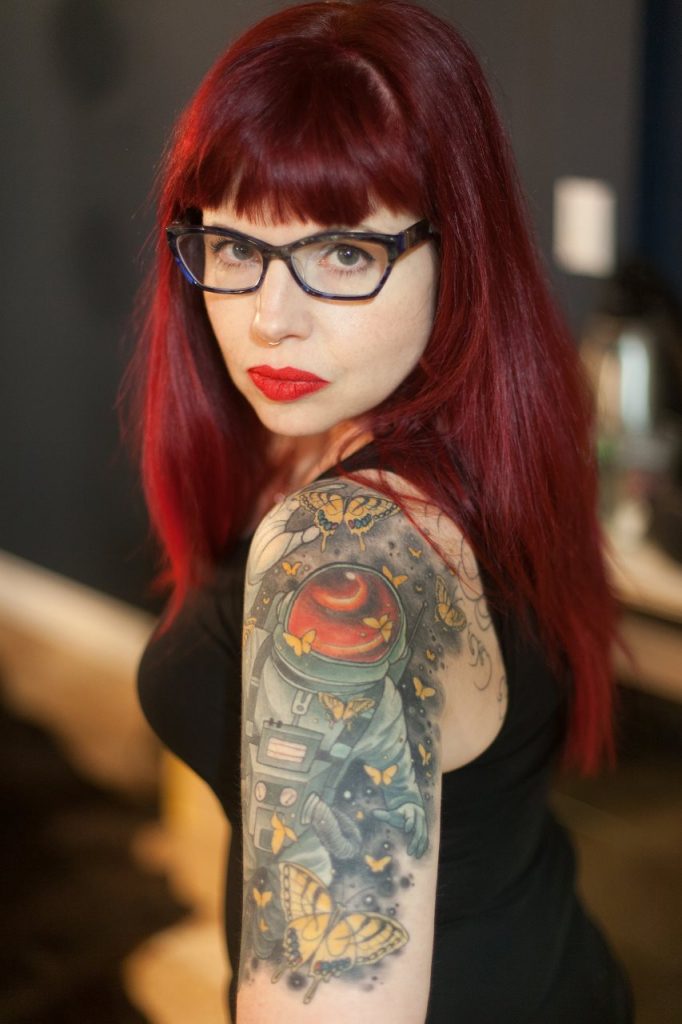 The English Department of Portland State University will host Kelly Sue DeConnick and Brian Michael Bendis in conversation at the 55th annual Nina Mae Kellogg Lecture. Come join us at PSU at 6:30 p.m. on Thursday, December 5. The event is free and open to the public.

Here’s what PSU has to say about the event:

Brian Michael Bendis is an award-winning comics creator, Amazon and New York Times bestseller, and one of the most successful writers working in mainstream comics. For the last twenty years, Brian’s books have consistently sat on top of the nationwide comic and graphic novel sales charts.  Bendis’s many achivements include the introduction of the multiracial Spider-Man, Miles Morales, and the creation of the character of Jessica Jones.  Bendis has won five Eisner awards, including ‘Best Writer of the year’ two years in a row and was honored with the prestigious Inkpot award for comic art excellence.

Kelly Sue DeConnick is best known for surprise hits like Carol Danvers’ rebranding as Captain Marvel and the Eisner-nominated mythological western, Pretty Deadly; the latter was co-created with artist Emma Ríos.  DeConnick’s most recent venture, the sci-fi kidney-punch called Bitch Planet, co-created with Valentine De Landro, launched to rave reviews in December 2014 and has since been nominated for an Eisner. DeConnick lives in Portland, Oregon with her husband, Matt Fraction, and their two children. Under their company Milkfed Criminal Masterminds, Inc., DeConnick and Fraction are currently developing television for NBC/Universal.

The Nina Mae Kellogg Lecture is one of Portland State’s longest-running traditions.  Past Kellogg Lecturers include Cheryl Strayed, George Saunders, Junot Díaz, Jamaica Kincaid, Elizabeth Bishop, and Ursula LeGuin, among many others.