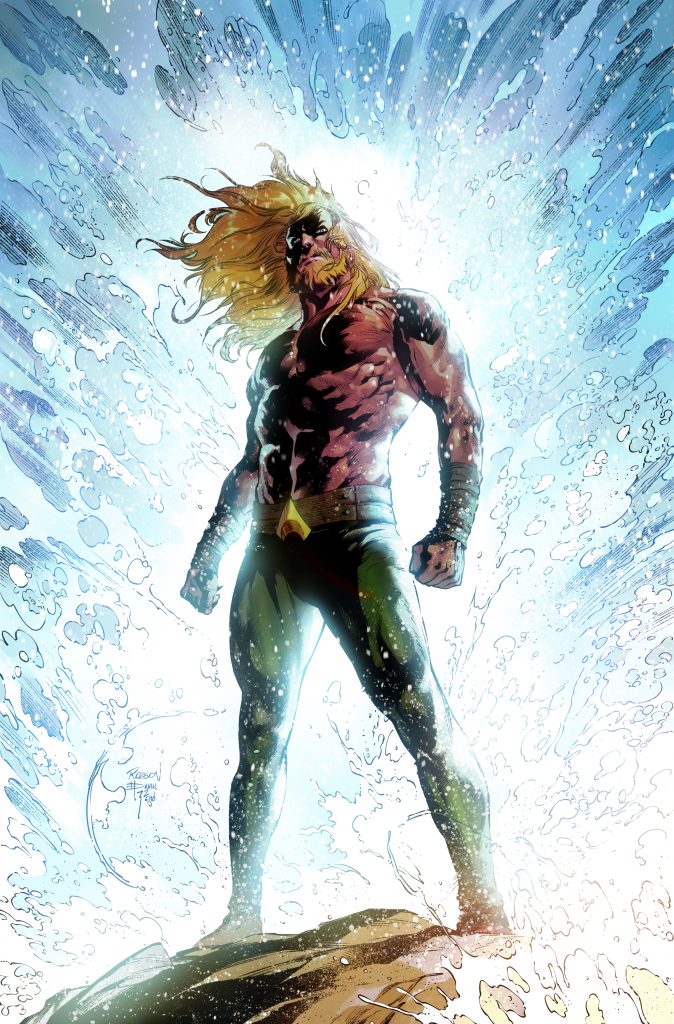 DeConnick will take over writing duties for DC’s main Aquaman title starting with issue #43 in December, making her the latest in a line of famous Marvel writersto move to DC in recent months. DeConnick’s move was first announced at this year’s San Diego Comic-Con, where DC co-publisher Jim Lee gave a brief description of the series as a story about an amnesiac Aquaman washing up on the shore of a mysterious island alongside other sea gods from around the world. Talking to EW, DeConnick explains that this plot description is accurate, and helps her dig deep into an admittedly complicated character.

“He washes up on the shore of this metaphysical island and doesn’t know who he is,” DeConnick says. “He has to relearn who he is and where he comes from. It gives us a chance to revisit basic ideas about him, and also a whole bunch of ocean deities that have been incredibly fun to research and really cool characters to bring into the DC Universe.”

For the rest of the interview and some SWEET preview pages, click here!