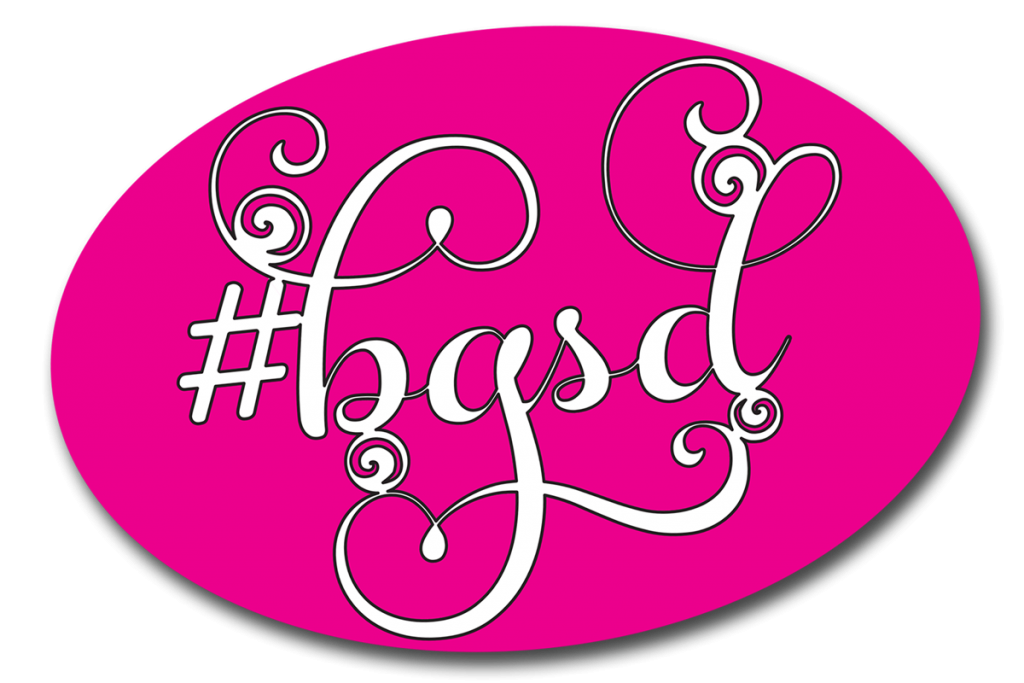 You’ve seen the tweets…maybe you’ve even heard about the sweet stickers…but what is #bgsd (aka BITCHES GET SHIT DONE)?

Per Kelly Sue, #bgsdlist is the hashtag for, well…here’s a story:

It started when Chris Sebela stayed with us for a bit when he first moved to Portland. When he got a place of his own, he made the mistake of telling me he missed having me around to guilt him into working. I offered to send him nagging, um, I mean, INSPIRATIONAL texts every once in awhile.

He thought I was kidding.

He posted one of the texts I sent him and it became a thing. Now I use a service and there are 4000+ people on the list.

You want me to nag you randomly? You’re now taking a class called “Bitches Get Shit Done.”

(The service is free, but whatever your carrier’s text plan is, those fees may apply.)