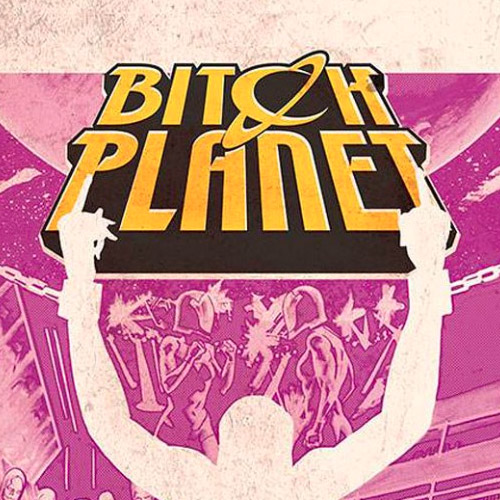 Ever wonder about the non-compliant ladies who inspired the NCs of BITCH PLANET? Well, look no further! We sat down with Kelly Sue and got the scoop on her top flicks that influenced the sci-fi prison exploitation satire we know and love today.

BE WARNED: these are not recommendations in the conventional sense.  “Most of these — particularly THE ARENA — are awful. They’re all ‘problematic’, but in one way or another, but they made their way into my psyche and into the DNA of the book,” says Kelly Sue. “Of the bunch, FEMALE PRISONER is the winner — better cinematography than it has any right to, and Meiko Kaji is magnetic. If you’re gonna watch two, see CAGED HEAT next.”

Set in the ancient Roman town of Brundusium, a group of female slaves are sold to Timarchus, organizer of events at the town’s colosseum. After a fight breaks out amongst the women, Timarchus decides to put the women into the ring to fight to the death. The recently captured Mamawi (Grier) and Bodicia (Markov) must stick together if they are to survive.

When two troublemaking prisoners can’t seem to get along, they are chained together and transferred to a maximum security prison. Still chained together, the women escape and fight their way across the wilderness, pursued by the army and a band of gangsters.

After being convicted on drug charges, Jacqueline Wilson is sentenced to a women’s prison. Falling in with a group of fellow convicts, she and the other prisoners fight against the repressive warden and the sadistic doctor.

Name Matsushima is a woman who was set up to take a fall. Wrongfully imprisoned, she is hellbent on getting back at those who wronged her. Before she can exact revenge, she must survive the treachery of imprisonment and the wickedness of an evil warden.

After she is raped and her husband murdered, a woman hires a bounty hunter to teach her how to use a gun so she can get her revenge on the three outlaws responsible.