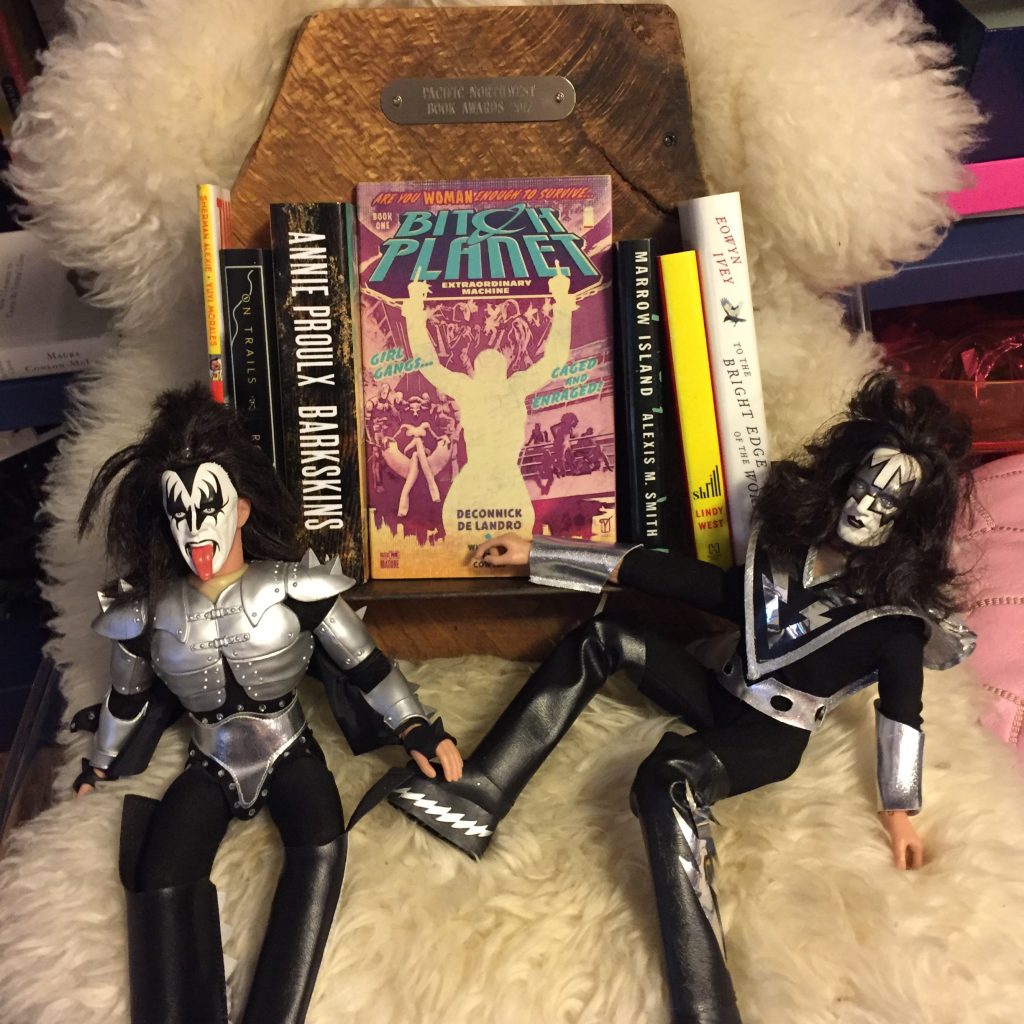 From the PNBA announcement:

In a futuristic world ruled by a seemingly omnipotent patriarchal regime, women who don’t fit into the narrowly defined societal norm are sent to an extreme off-planet detention facility where they struggle to retain a sense of self. A smart, profane, and thoroughly terrifying examination of widespread intersectional oppression that feels all too familiar. Pick up this book and join the ranks of the Non-Compliant. Dare you.

Check out the rest of the 2017 PNBA Book Award winners here.