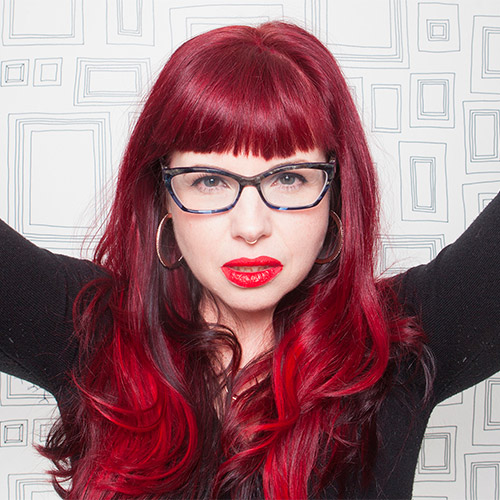 began her comics career writing the English adaptations of Japanese manga for Tokyopop and VIZ. After five years and more than 10,000 pages on books like SLAM DUNK, BLUE SPRING and SEXY VOICE AND ROBO, she transitioned to American comics with 30 DAYS OF NIGHT: EBEN AND STELLA at IDW and OSBORN: EVIL INCARCERATED at Marvel. Today, DeConnick is well-known in the mainstream market as the force behind Carol Danvers' reinvention as Captain Marvel (the book that gave rise to the Carol Corps and influenced the 2019 film, for which she worked as a consultant) and as the first female writer of an ongoing Avengers title in AVENGERS ASSEMBLE. In 2013, DeConnick debuted on the independent scene in a big way with PRETTY DEADLY, a brutal mythological Western co-created with Spanish artist Emma Ríos. Hot on the heels of that critical and commercial success, DeConnick and co-creator Valentine De Landro masterminded the sci-fi kidney-punch called BITCH PLANET. This (also Eisner Award-nominated) ongoing series has been met with rave reviews since its debut in December 2014. She made her appearance writing for DC Comics with the ongoing series AQUAMAN in 2018. WONDER WOMAN HISTORIA: THE AMAZONS launched in December 2021. She currently develops television with her husband and partner, Matt Fraction, as Milkfed Criminal Masterminds. DeConnick co-founded and co-owns GOOD TROUBLE PRODUCTIONS with Andrew Aydin, Valentine De Landro, Matt Fraction, and Vaughn Shinall. Their first major project, RUN, produced with Congressman John Lewis and Abrams Comicarts, hits bookstores August 3, 2021. 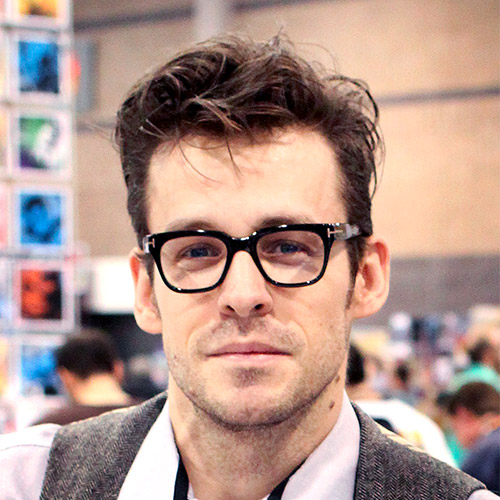 Matt Fraction (writer): ADVENTUREMAN (IMAGE), NOVEMBER (IMAGE), SEX CRIMINALS (Image), ODY-C (Image), CASANOVA (Image), SATELLITE SAM (Image), HAWKEYE (Marvel), SUPERMAN'S PAL JIMMY OLSEN (DC) writes comic books out in the woods and lives with his wife, the writer Kelly Sue DeConnick, his two children, two dogs, a cat, a bearded dragon, and a yard full of coyotes and stags. Surely there is a metaphor there. He won the first-ever PEN USA Literary Award for Graphic Novels; he, or comics he's a part of, have won Eisners, Harveys, and Eagles, which are like the Oscars, Emmys, and Golden Globes of comic books and all seem about as likely. He's a New York Times bestselling donkus of comics like SEX CRIMINALS (winner of the 2014 Will Eisner Award for Best New Series, the 2014 Harvey Award for Best New Series, and named TIME Magazine’s Best Comic of 2013), SATELLITE SAM, ODY-C, HAWKEYE (winner of the 2014 Will Eisner Award for Best Single Issue), and, oh, lordy, so many more.

Intern From time to time, Milkfed hosts student interns, usually from the University of Oregon or Portland State University. If you are interested in our program, check with your school's internship coordinator for listings. We are not currently accepting intern applications at this time. (Though they do bear a striking resemblance, that photo is not our intern. That is our mascot "BB Crim.")