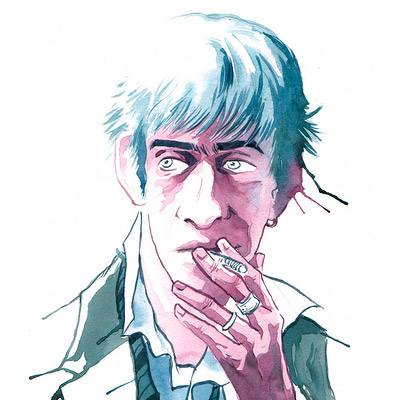 (artist): CASANOVA (Image), B.P.R.D. 1947 (Dark Horse); (writer, artist): DAYTRIPPER (Vertigo), TWO BROTHERS (Dark Horse) is Gabriel Bá's Eisner Award-winning evil twin whose world domination plans include creating great comics. He lives in São Paulo, likes his coffee black, strong, with no sugar, and divides his days at times thinking he works too much, and at times thinking he could do so much more. He shaves more often than not – his twin has claimed the bearded look for himself – but sometimes he rebels and looks like a hobo. In another dimension, he works wearing a three-piece suit and tie every day of the week, but in ours he's still looking for a portal between the two, dressed as a regular cartoonist.