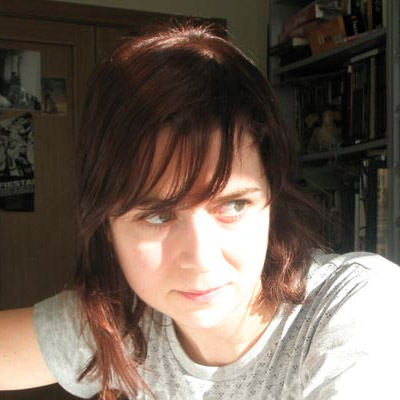 (artist): PRETTY DEADLY (Image), OSBORN (Marvel), STRANGE (Marvel), HEXED (Boom! Studios); (writer, artist): ISLAND (Image) based in A Coruña, Spain, artist Emma Ríos began her career as an architect. Her love of comics shifted her focus to a mix of both architecture and small press until six years ago when she was able to commit to working on comics full time. Having worked for Boom!Studios (HEXED) and then Marvel (THE AMAZING SPIDER-MAN, OSBORN...), she moved to Image Comics where she creates – alongside collaborator Kelly Sue DeConnick – the critically-acclaimed PRETTY DEADLY: a supernatural western for which she was Eisner-nominated twice in 2014. She is currently drawing PRETTY DEADLY Vol. 2,  writing and drawing a story called ID for the new ISLAND MAGAZINE, and writing MIRROR, a four issues miniseries, set in the 8house shared universe, in which she collaborates with Hwei Lim.