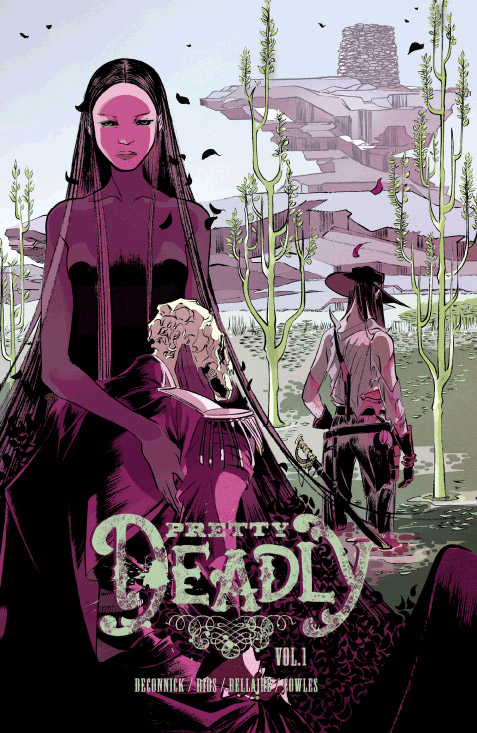 "Pretty Deadly, one of the most fascinating comics published today, is a magical realist genre-bender that began as a Sergio Leone-style Western, but has transformed into a grisly World War I story with its second arc." — Oliver Sava, The AV Club

The tale is told by a bunny to a butterfly, and the cycle of life and death is an intricately woven tapestry — brutal and violent as blades in flesh, delicate as a hummingbird’s wings pummeled by rain — in this Eisner-nominated series, beginning in the Old West. Over the course of 4+ volumes, we’ll follow characters both mortal and immortal across the plains of the first half of the 20th century as they explore themes of Death, War, Commerce, Love and Hope.