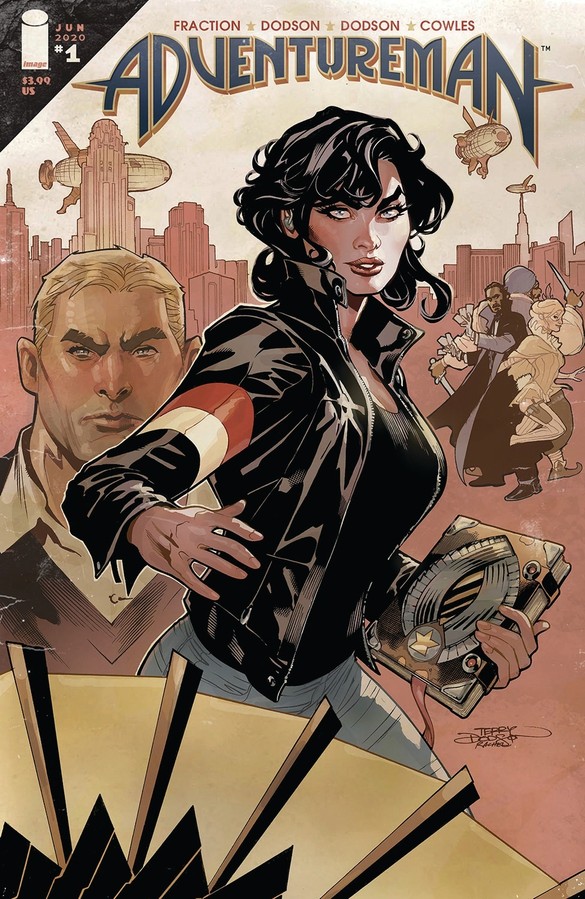 The story of beloved pulp hero “Adventureman” ended with a never-resolved cliff-hanger for his legion of fans as their hero faced execution at the vile hand of his ultra-nemesis “Baron Bizarre.” And now, eighty years later, single mother Claire and her Adventurefan son Tommy seem to be the only two people alive that remember the thrilling Adventureman sagas… but from that memory burns the spark of… resurrection. What if it was all true? What if it all really happened? And what if it was happening again? Where his story ended… her story begins!